5 Women Answer the Burning Question: What is Hardcore? 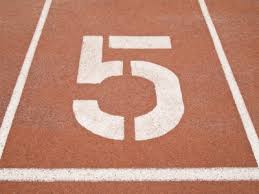 The other day I got to thinking: what makes a woman runner hardcore?  So first I did what any scientific-minded woman does and I polled my friends on facebook. Here’s what they said:

Bridget: “I think what makes a runner hardcore is her commitment to the sport. The number of marathons/races doesn’t matter. But consistency does. Repeatedly getting out there – even when you don’t feel like it – makes you …hardcore.”

Gina: “When the runner does things — thunder-tempos, pre-morning runs, a bazillion marathons — for her own happiness or edification… not for records, accolades, kow-tows or impressions. In sports there’s the misconception that you have to be objectively ‘good’ at something to be hardcore. But I think it’s about internal commitment more than external rewards or ranks.”

Karyn: “I think a hardcore runner never has excuses and always strives to be better than she was the day before.”

Ginger‘s Boyfriend: “not showering– recorded in miles, not days.”

While my friends gave me a great place to start, I decided to take my research further and seek out a totally and completely random sampling of 5 women runners (some of whom may have run many miles without a shower) to explain what they think is hardcore.

Take it away, girls!

1. Amber Miller: Amber says hardcore is finishing the Chicago marathon at 39 weeks pregnant and then giving birth later in the same day.

2. Gladys Burrill: Gladys says hardcore is starting a marathon career at 86 and then becoming the oldest woman ever to finish a marathon at age 92.

3. Mimi Anderson: Mimi says hardcore is running 403.81 miles on a treadmill in one week, 6 days of which she ran with a broken toe.

4. Kerstin Mennenga-Metzler: Kerstin says hardcore is not settling for a 2:52:14 marathon running forwards. Oh no, hardcore is setting the world record for running a full marathon backwards in 4:42:39.

Now the last step in my quest for truth is to ask you. What do YOU think is hardcore?